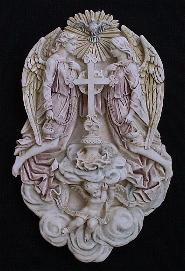 This delicately wrought French ivory carving, dated 1802, shows heavenward angels and cherubs delivering the cross of Christ, surmounted by the Crown of Thorns.  At the top of the scene is the dove of the Holy Spirit. 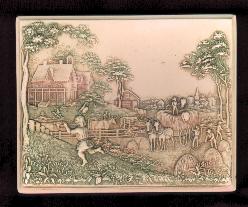 Bringing In The Harvest

This ornamental plaster piece was once used to decorate a stately Scottish home.   The neoclassical style developed around the turn of the 19th century.   The Grecian draped model languidly pours water in this example of the style. 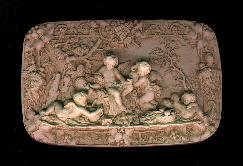 This intricately carved lid of an antique English box depicts a scene of reveling cherubs and reflects the Victorian passion for angels and opulent detail.   The scene itself is a little Bacchus feast with rollicking little angels partaking of the fruit of the vine and other naughty pursuits.   The carving is so detailed that a faint bas relief of a village church steeple can be seen in the background. 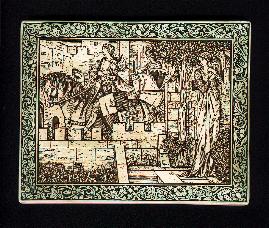 These Classical Greek lovers were immortalized here by the Pre-Raphaelite artist, Edward Burne-Jones for the 1896 edition of the Kelmscott Chaucer.   Shakespeare also wrote a play about them as did Bocaccio.   The work was published by William Morris, himself a noted designer of the time.   The style and subject matter, like all work done by the Pre-Raphaelites, rejects the modern age and all it stands for and looks back with nostalgia to medieval times which were viewed as a purer age with people more honorable and objects and surroundings untouched by the ugliness of mechanization and industrialization. 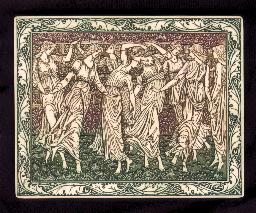 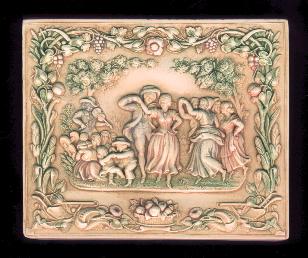 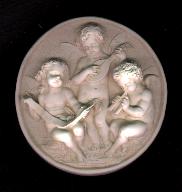 This charming relief of three music-making cherubs is taken from an original Victorian furniture decoration in copper. 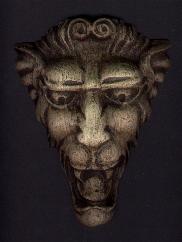 This grinning gargoyle is taken from a turn of the century Bethlehem, PA., building.   Many such faces were carved on ancient Gothic cathedrals to ward off evil spirits and this tradition was taken up in the Victorian age when a Gothic Revival style of architecture was popular. 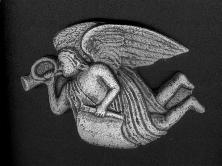 The trumpeting angel, symbolizing the most famous archangel, heralds the coming of Christ.   Carved in a charming primitive style, the original dates to 1860. 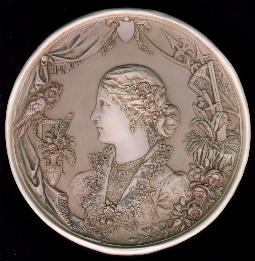 A Victorian lady sits amongst a backdrop of romantic Gothic ornament including shield and lance, reflecting a fervor for all things medieval at the last quarter of the 19th century.   The copper embossed original was a dramatic ornamentation on a piece of furniture. 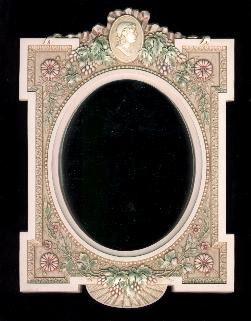 The original, an exquisite antique American picture frame made around the time of the Civil War, features a Classical portrait and delicate carvings of grapes and flowers. 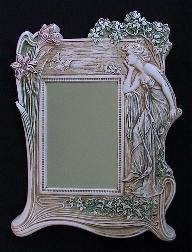 This elegant 19th century antique depicts a beautiful woman in the flowing style and natural setting that typifies the "New Art" that rebelled against the ornateness of the age. 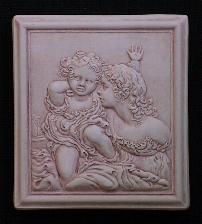 This Civil-War era daguerreotype case depicts a small version of the charming portrait of the Calmady sisters by British painter Sir Thomas Lawrence.  Early photographs were delicate and it was the style to carry portraits in these decorative cases, made of the first plastic-like casting material.  The original cases are now highly sought after by Civil War collectors as many have patriotic and Civil War themes.

Inspired by a Victorian furniture detail.  Angels and cherubs were popular decorative ornaments in the opulent Victorian age. 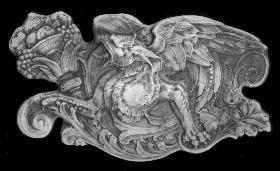 Taken from an ornate Victorian firescreen, the legendary griffin, half lion, half eagle, has symbolized guardianship since medieval times and has also been a popular heraldic device. 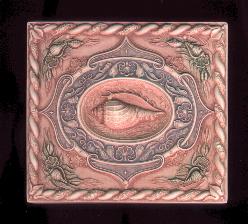 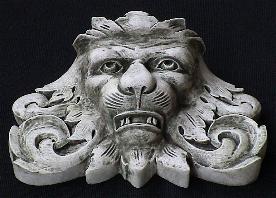 From an antique Irish decorative wood carving, the lion has long been a symbol associated with royalty, courage and strength.  Lions are often placed at entranceways as guardians.